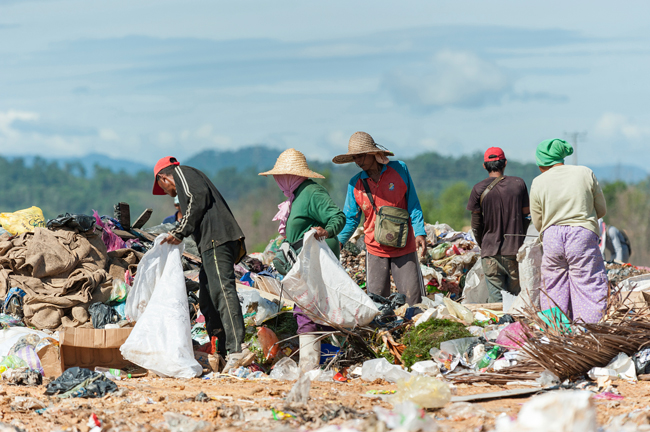 Over the past several decades, there has been a huge paradigm shift in the way most people view trash: both in the ways it is disposed of and in the ways it can be reused and recycled. The now commonplace daily practice of recycling a plastic water bottle makes a huge difference when viewed on a global level. Every action each of us takes quickly adds up exponentially, resulting in a massive positive impact on the planet.

Despite our advances, we still have a long way to go – in America alone, each one of us generates an average of 4.4 lbs. of trach each day; of this, only about 1.5 lbs. is composted or recycled.

Waste in the Industrial Sector

A much bigger problem – one that will touch each of our lives and the lives of generations to come – is industrial waste.

In the 1980’s it was estimated that American industrial facilities alone generated and disposed of about 7.6 billion tons of industrial solid waste each year.

Industrial activities require a wide variety of inputs such as energy, water, metals, plastics, wood, textiles, glass, etc. The production, and eventual consumption, of the final goods generate a huge amount of waste; up until recently, industrialization has been a terribly wasteful process.

China’s rapid growth in the industrial arena is a prime example of the scope of the challenge. From 2003 to 2006, China’s industrial production grew at an annual rate of about 12%. By 2006, the added value of industrial activities accounted for about 43% of the national economy. As a result, China now tops the world in the production of steel, coal, cement, TV sets and cotton fabric. It ranks second in power generation, third in sugar output and fifth in crude oil output. But these advancements have also been accompanied by waste – in 2005, China surpassed the U.S. as the world’s largest generator of solid waste. Indeed, no other country in history has generated as much waste in such a short period as China.

Although the creation of industrial waste has given rise to serious problems and challenges, unexpected opportunities for environmentally sustainable industrialization have also arisen. 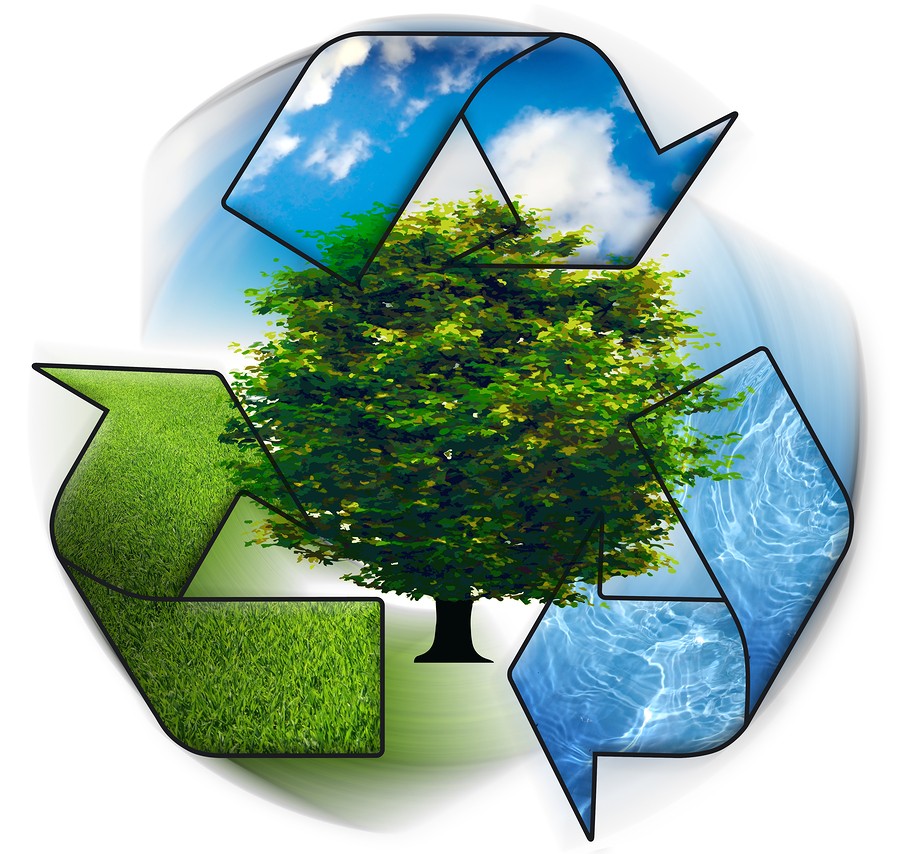 No country is self-sufficient in the production of raw materials needed in industry – materials such as crude oil, coal, paper, metals and plastics. In China, the fact that large amounts of these materials need to be imported has led to one of the world’s largest recycling efforts. A growing proportion of China’s industrial inputs are now constituted of recyclable materials that have been recovered from waste from all over the world. As an example, in 2001, China became the world’s largest importer of scrap metal. A case can be made that Chinese industrialization has been fueled by waste from many countries.

The growing demand for recyclable materials has created the world’s largest recycling effort ever seen in history – bringing forth a new phenomenon of global supply chains to satisfy these demands. These supply chains are constituted of several million waste pickers worldwide who supply industry’s ever-growing appetite for recycled materials. This model has exciting implications for industrialization, for the control of greenhouse gas emissions and for the reduction of poverty.

Waste pickers – as yet, a loosely-organized group of at least 15 million scavengers worldwide – make a living by recovering materials from waste for recycling. The global economic impact of scavenging activities is estimated to generate several billion U.S. dollars annually.

The Evolution of Industrial Recycling
The practice of industrial recycling is becoming widespread throughout the world and is expected to increase greatly as manufacturing concerns grapple with tighter resource constraints. In an era of rising commodity prices, recyclable materials are in high demand, due to their low costs. The main factors that account for the lower prices of secondary materials are due to the facts that:

These factors translate into lower prices for recyclable materials. An example of the price differential between imported goods is Mexico: the price per ton of wood pulp imported from the U.S. is seven times more expensive than recovered waste paper.

The Contribution of Scavenging

Scavengers from many developing countries are realizing the benefits of the strong demand for recyclables – translating into higher prices paid for these materials and higher incomes, giving this sector a real means of escaping poverty.

Waste-picking constitutes a common income-generating activity for low-income individuals in developing countries. It has been estimated that in African, Asian and Latin American cities, about 1% of the urban population (15 million people) survive by scavenging. They recover materials to sell for reuse or recycling, as well as for their own consumption.

A New Industry is on the Horizon

A growing number of experiences in Africa, Asia and Latin America demonstrate that formalization of scavenging can promote grassroots development, empowerment and poverty reduction while protecting the environment and improving industrial competitiveness. The most common models are:

Contributions to the Health of the Planet

As this new alliance of scavengers and waste pickers continues to grow, the benefits they contribute to the health of our planet are immeasurable.

In addition to its impact on the reduction of household poverty, scavenging renders many environmental benefits. Recycling has a lower environmental impact compared to the use of virgin resources and extends the life of disposal facilities, which save municipalities’ money. Recycling can result in a more competitive economy and a cleaner environment and can contribute to a more sustainable development.

More Work to be Done
Global recycling chains can benefit millions of low-income and vulnerable individuals world-wide, as well as contributing to a more competitive economy and environmental protection in the fight against climate change.

But there are several important issues that need to be addressed. Scavengers face multiple hazards and problems. Due to their daily contact with garbage, scavengers are usually associated with dirt, disease, squalor and perceived as a nuisance – a symbol of backwardness – and even as criminals. They survive in a hostile physical and social environment. Recent migrants, children, women, the unemployed and the elderly account for most of the scavenger population. They also face serious risks to their health that result in high morbidity rates and shorter life expectancy than the rest of society. But a growing number of experiences demonstrate that once scavengers are organized and public policy supports them, these problems can be greatly diminished or eliminated.

Further, the existence of middlemen allows the possibility of exploitation and/or political control of scavengers. Because industry demands large volumes of materials that are processed – sorted, baled, crushed or granulated – it does not buy directly from individual waste pickers. Instead, middlemen purchase recyclables recovered by waste pickers, then sell the materials – after some sorting, cleaning and processing – to scrap dealers who, in turn, sell to industry. In such circumstances, middlemen often earn large profits, while waste pickers are paid much too little to escape poverty. This exploitation accounts for scavengers’ low incomes.

Unfortunately, scavenging is currently ignored by most multilateral, bilateral, and international non-governmental agencies that work in international development and environmental protection. Scavenger Cooperatives, Micro-Enterprises, and Public-Private partnerships can be successful models that formalize and incorporate scavengers into domestic and global supply chains. But external support is necessary in order to unlock the development potential of scavenging and to recognize its contribution in the climate change challenge.

When scavengers are supported, it can constitute a perfect example of sustainable development: jobs are created, poverty is reduced, industry is supplied with inexpensive raw materials, natural resources are conserved and the environment can be protected.